This was a request from @BlueArrowUK. I don't normally get these finished so quickly, but this was so much fun that I just spent the last 4 hours doing nothing but working on it and it all came together pretty nice I think.

Hope you all enjoy it.

I've also included a clear logo that I mocked up as well as a banner image. I like using pixel art for my playlist banners. I'm going to update the existing playlist vids with the pixel art I use for those, too. Just put Marvin in the Banner folder after making the playlist (Images\Playlists\Looney Tunes Collection\Banner) if you want to use it. 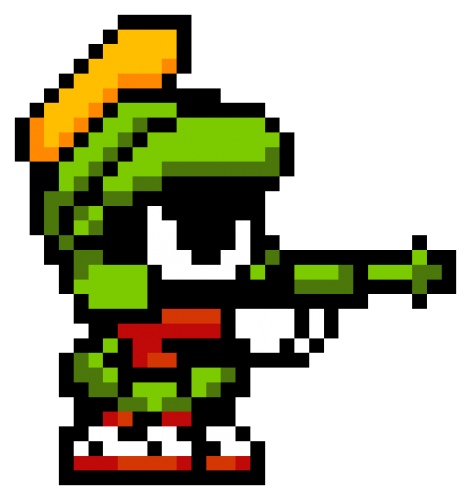 There were some rendering errors with the sparkles. This version fixes those.

Re-encoded the video without the soundtrack for @damageinc86, so there is a second version to download with this change. Audio from the gameplay clips is present.