I saw a frontend with a scrapper for google images, something like this: http://www.youtube.com/watch?v=CNrzN4dnYKo It could be an alternative to when gamesdb is down. For

Jason just wanted to report that everything seems to be working links from the old post, images are working properly. Thanks for the new forums its nice to have something nice to look at.& 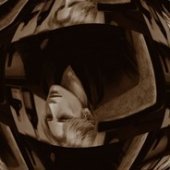 Nope, only Quote and Edit. Maybe the Options thingy is not enabled for all users?