Hi Guys,  Here i will be accepting Requests on Clear logos that do not exist. Here is an exa 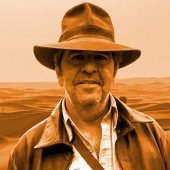 This one was a bit tedious, took me 3.5 hours. I think it's acceptable.

Thanks for the nice comment! I usually start with trying to find an exact match for the font(s) used with either of these sites: https://www.myfonts.com/WhatTheFont/ https://www.whatfontis.com/ , some