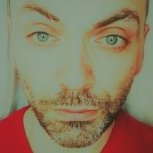 No problem! I'm a C64 nut so I'm always happy to help people get C64 emulation up and running. The C64 is where my love for gaming began. Games like Times of Lore, Supremacy, Ballblazer, R

I wouldn't recommend MESS/MAME for C64. The emulation just isn't up to par currently. There isn't an officially released RA core either at the moment. There is a preliminary Frodo core on

I'll check when I get home in a bit, but I actually don't recall needing to use any special command line parameters for it. I'll double check though.