Thought I'd put an update on here as it's been a while since my last update. The theme is just about done now, hopefully will be released this week. Sent from my iPhone using Tapatalk

As promised here are some screenshots I have taken of the theme and the views created so far. Many are not fully finished yet but hopefully this gives an idea of where progress is currentl 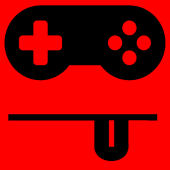 Yeah sorry about that mate.   I do plan on making a part 2.... however TAITO are going mental with takedowns, DMCA, court orders etc etc with anyone even uploading the gameplay.  Even mine got contest