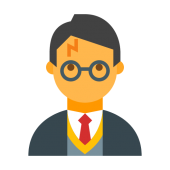 By superfurry,
May 11, 2017 in Third-Party Applications and Plugins (Released)

I dont know what kind of things can be accomplished with these new plugins, But a way to use actual game music formats for music instead of mp3s would be great. That way you could use your own vgm col

View the controls before entering the game Something like that but in a plugin:

Not sure if these have been requested but anyone wants to tackle these 2 plugin ideas that would be awesome. 1: Export a list of games from a platform to an easy to read text file. 2: Export