Choppy performance and stuttering issues in Retroarch and other emulators (SOLVED) 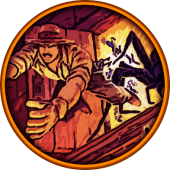 By zorkiii,
February 7, 2018 in Troubleshooting