Retrotastic 2.0 has been released. This version of the theme is fully compliant with the version 9.4 LaunchBox changes, therefore only works properly on version 9.4 and above. This vers 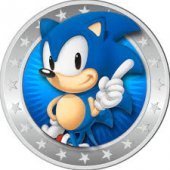 This time I uploaded backgrounds for Nintendo 64 games. There are 223 N64 game backgrounds split into 3 archives.   Preview:

I just updated the NES Backrounds Pack with Part 3. Those include 48 new Backrounds such as the Ninja Gaiden Games, Nintendo World Cup and more. Enjoy