By Lordmonkus,
September 25, 2018 in Troubleshooting 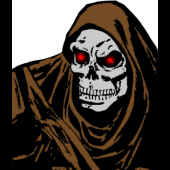 I could be totally off on this but I was going through and reading everything from the other thread on this issue and it got me thinking. In the other thread @jasoncarr was talking about the way the s

Hey all, just to clarify a few things here: - We've done a huge amount of testing and experimentation in the past with the controller code, and it does seem like controllers somehow behave more p

I can't tell you how many times I've prepopulated the cache without any meaningful impact on the stuttering, unfortunately.