The State of LaunchBox on Android

Hi all, I wanted to share some news about LaunchBox on Android; I have some good news and some bad news, so I'll start with the bad news. Unfortunately, we will be stopping development on Android for 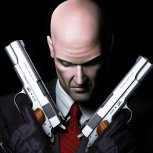 For casual users, maybe. For anyone who wants better than decent emulation, never. Windows will always be king.

Much agreed, the theme creator is incredible and we're so grateful to @y2guru for it, and all his work. We have actually been collaborating with him quite a bit lately.