Is there a way to Shorthand my Platforms? 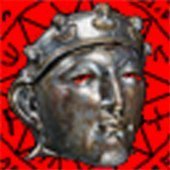 By d2produce,
November 21, 2020 in Troubleshooting