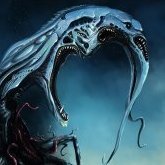 Final preview. Did some major last minute changes. Now I'm going to test this for a few days. Might publish next saturday if all goes well.

I'm preparing my swan song. Calling it PULSE. Taking all the good things from my previous themes and trying to squeeze those in one modern responsive theme, without the need of custom made banners. Wi

I just LOVE the new features y2guru has implemented to the Community Creator Tool (Grid, Dock, Stack). Thanks to him and those who have helped to make the tool as versatile as it currently is. Now I c