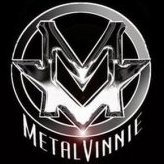 Download the .xml files and place them in your LaunchBox\Data\Playlists directory.

Some thoughts about these lists:

The Run N Gun category can have a few grey areas and can have a few matters of opinion.   Some lists I have seen are strictly 'Guns' only.  But I added a few that have other kinds of projectiles.  Some of the games on here are more 'Platformer' than they are 'Run N Gun'.  I was a bit skeptical about adding 'Mega Man' in these lists, and I'm not sure if they are proper Run N Gun games.  But he runs and he shoots, so I think that qualifies.  Also, a few games on here are hybrid games that are also on the SHMUPS lists.  Check out 'Rendering Ranger R2' for SNES/Super Famicom and 'Crossfire' for Genesis, for example.