I hope the "Old Default" theme sticks around, should it have a new name? 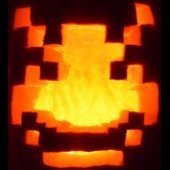 By InvaderJim,
August 4 in Features