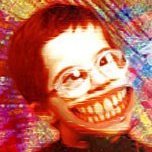 This is very my first attempt at making a Big Box theme from scratch using the Community Theme Creator. I had previously fiddled around with other people's themes to get a feel for the software. I made this for a friend who wanted a familiar, easy to read theme similar to how he has his Kodi set up. I've based this on a simple, Netflix type of layout, trying to be basic while still giving all the info you need as fast as possible.

I don't consider the theme finished. Some of the views aren't as good as I want (in particular the vertical wheels) but I'm hoping to sort them when the next version of CTC is released and brings with it wheel improvements. I haven't really delved deep into Playlists and stuff either, although it should be perfectly serviceable.

The theme works best with video snaps rather than any type of themed video. I might release a version without videos for those who prefer just screenshots.

I've used the awesome system logos from Dan Patrick found here and brilliant system boxes from Styphelus found here. Many thanks to them for their hard work. I originally forgot to credit Viking for the system images found here, thanks very much. Also, it uses the Source Sans Pro free typeface which is included in the zip. Also, of course, thanks to y2guru for the Community Theme Creator, and Faeran's very helpful Youtube videos.

v1.01 - Fixed a couple of aesthetic things, tweaked some layouts slightly. I'm also much happier with the vertical views now.