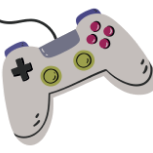 By LonestarK,
December 30, 2022 in Contributions

These merges have only started in the last few weeks, and have now spread to the attempted merging of completely different games that share nothing in common other than having the same name in differe

I would also like to add that with whatever decision is made, remember that the reason the DB exists is to facilitate the seamless downloading of metadata and media into LaunchBox. So, for any ty

I'm happy to hear that, there is nothing I'd rather be wrong about, and I am happy you are chiming in. But the problem here isn't that we can't find a majority agreement, the problem is that there see