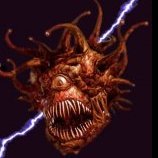 This is the ONLY Windows 10 Arcade Classics Desktop Theme available anywhere (that I could find)!

I know this is not specifically LaunchBox related but it is retro-gaming related so I though I would share.

NOTE - YOU DO NOT NEED LAUNCHBOX TO USE THIS THEME.

I created this desktop theme for Windows 10 from 33 images and 30 wave files found around the internet and use them for my arcade cabinet. I take no credit for any of the images or sounds but thought I would share the theme in case anyone's interested. I put the Sound Scheme and Images together to create an ARCADE CLASSICS WINDOWS 10 DESKTOP THEME. Most images are 1920x1080 except for 2 that are a bit bigger and don't look that good scaled down.

IN ORDER TO GET THE SOUND SCHEME AND DESKTOP THEME TO WORK TOGETHER:
1. Place the Arcade Classics Folder containing the WAV files into your %WINDIR%/media folder. Press WINDOW KEY + R then type in %WINDIR%/media to open the folder.
2. Double-click on the ARCADE CLASSICS THEME file (Arcade Classics.deskthemepack). It should connect the sound scheme to the desktop theme.

I also included a VBS script that makes the desktop wallpaper rotate to the next random image and a shortcut to this script that makes it easy to double-click and run the script. You WILL NEED TO EDIT THE SHORTCUT depending on where you move the VBS script but I included it for completeness. Put the VB-SCRIPT wherever you'd like then edit the shourtcut to point to the vb-script. I have my script in my ../Hyperspin/ folder and the shortcut on my desktop but you can place it in your Launchbox directory or wherever you'd like.

Enjoy, and let me know in the comments below if you have any issues with the theme or what your favorite images are. I like Space Invaders, Star Wars, and Battle Zone the best.