A completely different mix than the one posted yesterday it's composed and mixed in 5.1 Dolby Digital, out of 5 different one hour ambience recordings, each recording is slowly spinning 45 degrees within 5 minutes to either Front Left, Front Right, Surround Right, Surround Left or the Mid-speaker, but they even travel across the matrix in depth, sort of like 3D sound depth. This way the audio hopefully won't become repetitive as with most ambience recordings after a while. Can also be played on stereo systems although the surround effect will be less.

If you like to simulate an arcade setting, audio helps give it that extra dimension/mood. Just fire up the audio with your media player of choice and MAME-away

p.s. It's also nice to play the 5.1 audio with your eyes closed, strangely it relaxes lol 🤪 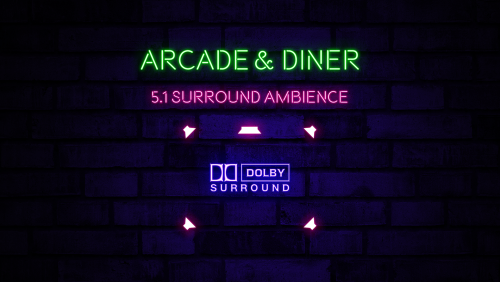