Changing the location of the images/media folders

By Jason Carr,
January 11, 2016 in Troubleshooting

Thanks, that is exactly what I was looking for. It's a shame there isn't an option to change the default global option. Any chance there is a config or xml file that can be edited with a find/ 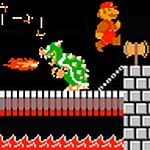 Well, I've done some testing, and found some interesting points: 1) Seems obvious but can be easily overlooked: size of images impacts on performance, box images downloaded from Emumovies can be

Just go to tools/manage platforms double click a platform then go to the folder tab the second option is videos, just browse to where yours are stored.