Appreciated. We honestly haven't made any decisions on pricing yet, or whether it will be under the same license as Android. It will probably depend on how much additional development is required for 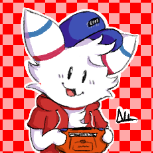