Batman (Raw Thrills) or: How I Learned to Love the Naming Nazis 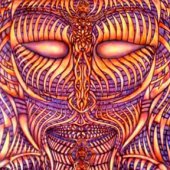