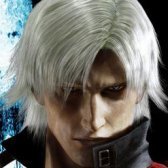 DarkRoom is a theme for BigBox that relies heavily on 1120x1080 fanarts / game illustrations and has been influenced by CoinOps design.

- 1 platform view, which presents a delayed video with random games from the current platform/playlist. That means this theme doesn't need generic platform videos (except for meta category like Arcade, Computers, Consoles, etc ...); also, non auto-populated playlists will not display any video for now.

- 2 game views: a wheel view and a text game view

In "Launchbox\Themes\DarkRoom\Views\Configurations", there are several xaml files (1 for each supported system).

In case one of your system has a different name from the one the theme is using (Example: "Arcade SNK Neo Geo MVS" instead of "SNK Neo Geo MVS"), you can just:

Due to the animation handled by the theme, performance issues had to be addressed to somewhat mitigate them (I personnaly don't have any problem now).

You can configure it (WheelGameView.xaml and PlatformWheel4FiltersView.xaml) by modifying the following lines:

- Set CashEnabled to false to disabled it

- Set Quality to your liking (under 50 it becomes ugly, and more that 85 will raise RAM usage significantly)

- ProcessorCount shouldn't be changed. I let it for testing purpose but will probably suppress it at some point. But if you do, set an even number, less or equal to your physical processor count (AKA without hyperthreading)

- Set CashLimit (Mo) to your need. Depending on your fanart filesize, you may need to raise it. For my need I will probably raise it to 1000Mo (that should be around 6000 fanarts given the average size of mine).

Also note that cash is cleared every time a new gameview is entered, so you need to set its limit according to the system that has the most games (provided they each have their fanart - for me it is the ZX spectrum).

- Fanart - Pack 1.zip, that contains "full" pack of fanarts for the following systems:

@Rincewind for his time in helping me fix an issue with the theme. I would not have been able to figure out what was wrong alone.

- improved performances (or so it should)