3DO Emulators 4DO any word if it's completely dead? 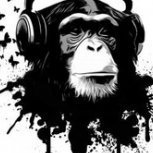