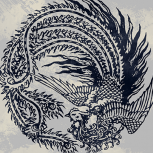 As proghodet said, https://howlongtobeat.com/ would be great. Maybe a howlongtobeat game-id field so the info can be scraped straight from them. It's nice to know before starting a new game if it's go

Back in the day I had a Commodore 64 and me and every one I knew had cassettes only. Those fancy (and huge) disc drives weren't common in Europe I believe. I am adding a bunch of C64 games to th

Forgive me if this isn't the right place to suggest a new field, but related to "Game Manual Path", it would be cool to see a "Game Strategy Guide Path" under each game's "Other" tab..  A good number