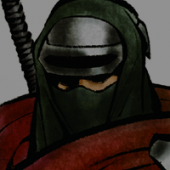 Install: Extract the content of zip file to : Launchbox/plugins/YoutubeScraper

If you have trouble running the plugin and crashing due CAS error, please right click on the DLL's , properties and then unblock.

A year has passed since I updated this thing, a lot of stuff has changed on the youtube framework side, please I did this in 5min and barely tested, let me see how it goes.

NOTE: REMOVE ALL FILES OF YOUR YOUTUBE PLUGIN FOLDER BEFORE COPYING THIS OVER.