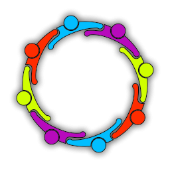 Here's my first (and probably last) Theme submission, if it wasn't for the work of @CriticalCid and his CriticalZoneV2 - BlueBox theme I probably would never have attempted this, but I had a lot of fun putting this together and now its time for me to focus on building my collection and correcting missing and incorrect artwork :-)

Please read the Installation and Setup Guide.rtf located inside the Y2Guru - Plain and Simple folder.

I hope you enjoy it as much as I enjoyed putting this theme and artwork together.

Controller, Battery and Time no longer the same color as Game Title (I thought it was too distracting)

a) Fixed the text formatting for Media Type

b) When displaying platform categories the total games of 0 was displayed, now corrected. @shadowblind

3. Theme folder contained erroneous folders, I believe visual studio created them. Not required and removed from this zip @neil9000

I forgot to mention on here that this theme contains the Platform Clear Logos that you see in the screenshots, the folder contains a zip file containing all the layers that make up the logo in case you wish to make your own.

The Theme has 3 modes as mentioned above.... Light, Medium and Dark modes to suit your viewing preferences.

The Theme has been tested on both a desktop running in both 4K and 1080P (primarily) and extensively tested on a GPD Win 10, the battery indicator will only show up on devices that utilize a battery. thanks @Grila!