Hey guys, beta 8 is available now with a new "Consolidate ROMs" option under the Tools menu. This will allow you to consolidate existing collections just like the imports. Also: - Improvement: Wh

MAME (and every other ROMset) don’t differentiate like that. For each game there’s just one parent and every other version of it is considered as clone, no matter if it’s an prior version, hack, diffe 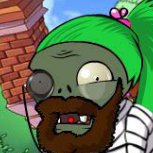 Firstly, I would just like to say that this new feature is working exceptionally well. I have already cleaned out more than ten thousand superfluous entries in my launch box. Thank you very much for i