Super Gameboy should be listed as a platform 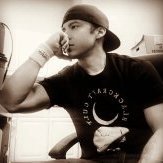 By darreldearth,
April 4, 2021 in Contributions