This is awesome news to hear!  When I started this thread nearly a year ago (wow did a year go fast), I wasn't sure what kind of response would given if the support for LEDBlinky wasn't av 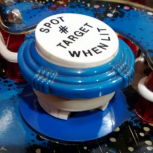 Full support for LaunchBox will be included in the next LEDBlinky release. This will allow for additional options such as running animations for LaunchBox events (start, stop, list change,

LEDBlinky doesn't care which version of mame.xml you're using - so you can generate the file with the standard mame.exe. One thing I will mention is later versions of mame will generate very large mam