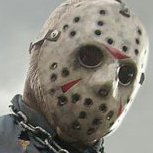 Hallo...just gauging if there's any interest at all in a theme I'm messing around with. Basing it off  skainlurmis 's New Retro Big Box Theme. I like his theme but decided to tinker

I think I have the SNES Platform screen pretty much final. Just have to figure out how to get rid of the pink 1990 and SNES text off the screen and doing something a little nicer wit

yeah sure, download them from my server. There's the background wall with the posters thats the "fanart" file and then the SNES PSD with the main stuff in the foreground. Fanart SNES Console