There are a couple problems with that tutorial. 1) It doesn't make any mention of cartridge format games (honestly this isn't a huge deal but the video seems to imply that your choices are just t

Well as I said, I don't know why you'd split them into separate platforms - they're all going to the same emulator, with the same command line parameters, and they're all C64 games. I'm not sure why y 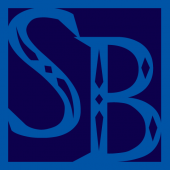 They're just different file formatted for the most part, or some games were only released on one format and not the other. If the list is the same on one, then choose one or the other. Edit: I di