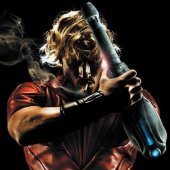 Thank you Jason. I believe that we are all doing our best. We are only volunteers, we're doing this job because we love LaunchBox and we're believing in its future. My English is far from being fl