Generally speaking the two are mutually exclusive but I will go through the list and give you my thoughts and suggestions. SNES - Snes9x for speed and is quite good for 99% of the games you would

https://m64p.github.io/ This is probably the most up to date and easiest to setup version of Mupen64 then. There may be more up to date versions but I honestly don't pay that close attention to t 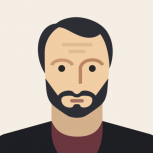 Thx @Retro808 for the comment about Control + Q for exiting Citra.  I forgot about that.  @Nocta try using the following simple script: $Esc:: Send, ^q Note: take out the part about F11 to