I can see how the above wrestling image would make a nice background for the game, however I rejected it yesterday on the basis of it being upscaled and terrible quality yet still 1.56 MB PNG. I would

I mean I know that its part of the game box (because you told me so) but if not I'd totally think that was just some generic golf photo that didn't have anything to do with the game and reject it. Tha 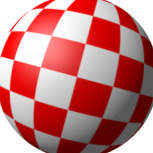 Sounds to me like a misunderstanding. Did you write what you were planning to do in the "Reason" field? I warmly recommend to use it to avoid any confusion. Sometimes it might be hard for moderators t