Obviously from the title of this thread this tutorial is going to be geared towards people that are new to Mame. I am going to keep it short, simple and focused on getting things up and running easily 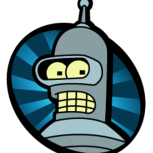 @depooter For trackballs, I used the below video to help me get set up. He talks a bunch about setting the buttons up, just ignore that and go to the below bookmarks ... Go to minute 3:10 to ge