Who has the largest collection currently standing in Launchbox?

By cleverest,
January 6, 2017 in Collections and Builds 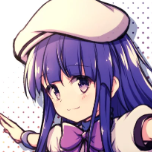 I probably have the smallest collection lol, only 342 games as of the date of this post  I usually add a few games at a time, its usually the good stuff and the games I like

If I remember correctly than was @cammelspit the one with this huge collection. His data folder was also used as reference when Jason worked on performance improvements for huge collection

182 platforms, 100k games. I've been working on removing or combining duplicates and I think I'm getting close to the final unique number. LB works just fine as long as I remember to disable the "all"