I had a bit of trouble getting American Laser Games to work. I spent a lot of time on Google and between many different posts I managed to cobble something together which seems to work well for m

Hi All, Firstly thanks to Colpipes78, Harrison Hacks & Johnny T. Combining these 3 contributors, I have been able to load American Laser Games (ALG) through Launchbox.  ** AND REMEM 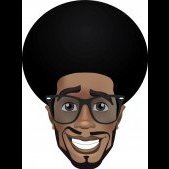 Hi i managed to import some ALG games and make them playable through Launchbox. The above commands in the .bat file works only with few games. For example about Mad Dog McCree i had to create a new .b