PCSX2 now has QT GUI - how to launch with LB

By TheNewClassics,
May 22 in Troubleshooting 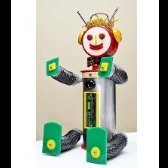 As the new QT frontend is developed by the same developer as Duckstation, I found that some of the Duckstation command-line parameters also apply to PCSX2 QT. Add -batch as a command-line p

Hey everyone, The PCSX2 team has released the QT build of PCSX2. Unfortunately, the default emu setup I've been using with PCSX2 doesn't seem to launch games with the QT UI. Has anyone had any lu

I just had a go at this using the latest updated 1.7.0 dev build and it is being extremely weird and finicky. It does "sort of work" but you have to remove the old command line parameters --nogui --fu